Given the death of that pastor, this seemed topical: Is God Good? 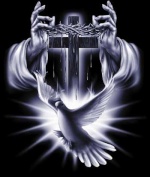 We talked a lot last night about Michael Hendricks last night, its weird to look past bad and see the good in things. I will always remember Tony Wood's talk on how a girl who thought should didn't belong to her previous church because she had a child before she was married, the whole premarital sex thing, and Tony Wood accepted her with open arms. Shortly after she asked if she could join the worship group because God had come to her in a dream and said that soon she would singing for him. She made it onto the worship team but shortly after she was in a car accident and died leaving behind her baby. It was really sad but then Tony pointed out that God had said that she would be singing for him it was then that he realized that God meant in heaven and not here on earth. It was a crazy story about something horrible that happened to someone who had just reaffirmed their faith but to be able to sing for God in heaven would be amazing. We touched on it last night, where you put your focus is how you will see the final outcome of an event. If you focus on the good then you will see the good and if you focus on the bad you will see the bad. Things happen in the craziest ways but we have to have faith in God's plan for everything.
_________________
Be Alert and of sober mind. Your enemy the devil prowls around like a roaring lion looking for someone to devour. 1 Peter 5:8
Chelsea

A while ago, I read a book called "The Good News About Injustice," written by the president of the International Justice Mission (IJM). Basically, IJM goes to different countries where people have faced terrible injustice (human trafficking, bonded labor, police abuse, etc.) and 1) rescue them from their situation - invade brothels, give families loans with reasonable interest, etc 2) pursue justice for them and 3) help them get back on their feet - job training, emotional/psychological help, etc.

The theology behind this isn't ground-breaking. Eternal life is one of the founding concepts of Christianity. But this shook my entire outlook. Job, the psalmists, and many other Biblical figures have said it. This life is short in the scope of eternity. "Man is like a breath; his days are like a fleeting shadow." (Psalm 144:4) "Remember, O God, that my life is but a breath" (Job 7:7) "Why, you do not even know what will happen tomorrow. What is your life? You are a mist that appears for a little while and then vanishes." (James 14:4) In the end, suffering is only for a very short period of time. 80, even 100, years out of an eternity is nothing. Even though this seems way beyond the scope of a "good God" to let people suffer, we only have to struggle in this world for a very short time. It's the fallacy of human thinking that makes this life bigger than it really is (not that it's not important).

At times, life isn't fair. The whole book of Job can be summed up as "bad things happen; it doesn't mean God is punishing you." It doesn't make sense at the time why God let's certain things happen and prevents others. But it all makes sense to God. I've seen and I've heard about enough bad things to know that we live in a broken world. But I've seen glimpses of people's lives; I've heard stories of people who did miraculous things for entire communities - even countries - that were stirred up by tragedy. How many programs, laws, and foundations were inspired by someone's tragic death? I'm not going to assert that good always comes from tragedy. There are also plenty of stories where tragedy completely turns a person away from God. Human decisions play a part (that's why we live in a broken world in the first place)

But God is good. Michael Hendrix is in heaven now; he got the good end of this deal, so I'm not concerned over him. His wife and child didn't get such a good deal. But it is in people's weakness that God's glory shines brightest, because He promises to sustain the broken. I don't know what God has planned when it comes to things like this (or anything for that matter), but I do know that "God causes everything to work together for the good of those who love God and are called according to his purpose for them." (Romans 8:28) It doesn't make sense how anything tragic could be working for anyone's good. But God has a wonderful way of making good come out of terrible situations. Satan's plans are shortsighted. They cause us pain here and now. But "the Lord is not slack concerning His promise, as some count slackness, but is long suffering toward us, not willing that any should perish but that all should come to repentance." (2 Peter 3:9) God outlasts Satan.

I could drag this on forever, because this is a topic I think about a lot and have a lot to say about, but I think I'll just end with this: