The Me I'm Afraid God Wants 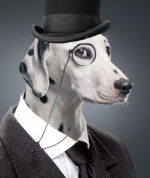 The Me I'm Afraid God Wants

While I was reading The Me I Want to Be, I came across the section in Chapter Two called "The Me I'm Afraid God Wants" and I found myself really thinking about it. All the time I find myself purposely not trying to make myself a better person "in God's eyes" because I'm afraid I'll become someone I don't like and I don't want to be. I'm afraid I won't be fun anymore and I'm afraid God will want me to do things I hate. But then I feel bad that I'm purposely trying to avoid God so that I don't end up doing things I don't want to do. And it's this whole horrible cycle of guilt and fright and I just found this section of the book really helpful. Hopefully I will be able to realize that if God really wants me to do something, it's something he made me for, and it's something I'll enjoy doing to some extent, because that's how he made me.

Another section that is helping me to contemplate about is "The Me I think I Should Be," also in chapter two. It comforts me to know that I don't have to do these set things that I think I should be doing in order to be devotional to God. Like Chelsea once told me, it's okay if I just want to be a stay-at-home mom, and it doesn't mean I'd be taking the easy way out. Perhaps God's plan for me is to be loving to my children and raise great people who can learn from my love and upbringing to teach other people to love in the same way. Maybe that's why I want children so badly.

So thank you, Laura, for recommending this book. These perspectives are refreshing and I know we will all leave different after experiencing the entirety of this book.
_________________

Re: The Me I'm Afraid God Wants

"The Me I'm Afraid God Wants" also stood out to me. He talks a lot about people thinking being a Christian means following a set of rules, but that you "can follow rules without cultivating the right heart." I can say that is what I thought Christianity was about. I grew up with a fairly legalistic view of Christianity, and I thought that was what God wanted. He wanted me to follow his rules, He wanted me to - for whatever reason - follow His set of rules.

The weird thing is...that is what He wants. But not like I thought. It's not an issue of "God wants you to do these things because that makes Him happy," it's "God wants you to do these things because He loves you and you make Him happy." And in the end, it's doing what God wants that will make you happy (or at the very least joyful). Tying in with "The Me Other People Want Me to Be" and what you were saying in that second part Nicole, the example of David is often pointed to for God not looking at what others do. When God sees your life, he doesn't see it from the perspective of your mother who wants you to be a doctor or your uncle who thinks you could be president or your professor who wants you to be a physicist. When God sees your life, he doesn't see what you could "potentially" be good at. He sees what He made you for. For all intents and purposes, David had no "potential" for being king by human standards. But God had made him to be king, which meant he had more than potential; he had purpose; he had destiny. For me, the idea of destiny (that there is a me that God designed me to be) is somewhat hard to believe, but Ortberg certainly makes a convincing argument.
_________________